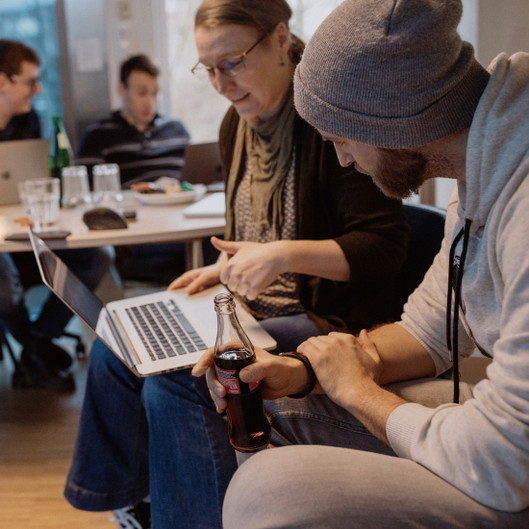 Several times a year, the entire UXMA crew meets for the Hackathon event in order to achieve creative top performances in the shortest possible time across teams and locations. For one day only, we work in wildly mixed teams in order to find solutions for problems and tasks of a certain subject area in a collaborative exchange. These are completely independent of our work in customer projects.

The opening hackathon in 2019 ran under the title "Your Home 2030". The theme was deliberately broadly defined in order to give as much room as possible to different approaches. All ideas were pitched to all UXMA colleagues for the kickoff. The most popular topics were then worked on in nine groups.

The atmosphere on Hackathon Day was unique: the most diverse views and theses were discussed, various creative methods applied, countless ideas sketched out and prototypes developed. By the evening, the teams had worked out intermediate results of their projects, which they then presented to the entire company.

The Home of Tomorrow

Several teams dealt with waste disposal at home in 2030. Based on an upcoming ban on disposable plastic packaging and the growing importance of paper as a packaging material, a device was designed to recycle paper waste into hygiene articles, heating pellets or transport packaging in the home.

Another team developed visions for the use of digital devices and concepts for a home screen in an apartment building were devised, providing a central overview of shared living and everyday organization. In addition, an AR operating manual was developed within a few hours, offering the user interactive assistance in handling intelligent household appliances.

The question of what our living space of the future will look like was also the central point of some teams' deliberations. A system of flexibly expandable living modules was devised, that easily and quickly adapting to the living situation of the residents.

Another team worked on the assumption that the kitchen will continue to be the focus of families in the future. They designed an intelligent storage system to keep track of the exact stock of consumer goods at all times and independently reorder food and daily necessities based on the needs and preferences of the family members.

The various concepts and visionary approaches of the Hackathon provided the impetus for an internal innovation project that has been pursued at UXMA ever since. With the title "At home with you 2020-2030", the UXMA crew is developing theses on social life in the future and develops scenarios in which visions for digital, physical and service-based offerings can be embedded.

The UXMA Hackathon in the Future

The next UXMA hackathon is already in planning. Inspired by the atmosphere and the results of the last event, we’ll deal with a completely different topic. In the future, we also plan to bring customers and interested lateral thinkers from outside the company on board in order to develop ideas and perspectives for future markets together.

Svenja Delventhal
Svenja Delventhal is a member of UXMA's Business Development Team. With a focus on marketing, she works on our internal and external communications.
nextResearch 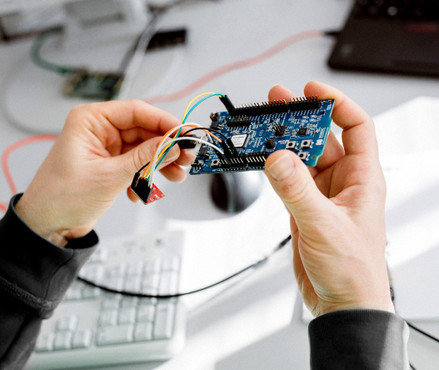